The Department of Immigration and Border Patrol (DIBP) is in charge of the management and processing of all visas relating to people visiting, living and working in Australia.

In total they provide access to over 100 visa types to Australia, however here at Austral Migration Consultancy, we focus and specialize in a few of those visa types.

Are You Eligible For Migration?

Fill in your details for a free assessment of your visa eligibility. 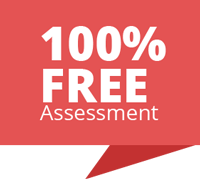 Also referred to as General Skilled Migration (GSM), this accounts for most of Australia’s permanent visas issued each year, with numbers of over 120,000 skilled visas approved each year. This number is set to increase, with forecasts estimating that this number could reach almost 300,000 by 2020.

If you have an occupation that is in demand in Australia, you can be assessed for a skilled migration visa type and obtain permanent residency through this visa stream.

Read more about getting a skilled migration visa here

Australia has always supported business creation throughout the country as this spurs both economic and employment growth. This led them to offer the business migration pathway to overseas business owners to be able to apply for a business visa if they fulfilled certain requirements.

A 2 stage visa with temporary/ permanent residence, an applicant would need to be nominated by an Australian state/ territory to be considered for the various subclasses of visas offered.

Read more about getting a business migration visa here

For potential applicants who are looking for a investment linked visa pathway, Australia offers various investor visa sub classes which are subject to qualifying criteria.

This visa type requires investing in approved funds in an Australian state or territory and for a minimum period of time.

The visa starts off as a temporary visa, which converts into a permanent visa once a 4 year term is satisfied.

Read more about getting an investor visa here

Applicants can qualify for 1 and 5 year travel authorities if they have met certain stay requirements in Australia of if they can prove substantial ties that are of benefit to Australia.

Australia is a vast and beautiful country with over 7.7 million square kilometres of land on which a mere 24 million people, with almost one-quarter of the population being migrants.

A popular destination for tourists, students and new migrants alike, Australia boasts a wide berth of benefits as well as being the closest developed Western country to Asia. The seasons dominate Australia’s climate and defines the main climate regions. From tropical, to subtropical and wetter and colder weather, Australia has it all.

This wide variety of climates gives rise to perfect agriculture regions in states like Queensland which has wonderfully grown fruits and vegetables, to the vineyards of Victoria producing award-winning wines.

In most of the Southern and Southeastern states you would be able to experience living in all four seasons in a year. However unlike the Northern hemisphere, Australia experiences summer at the end of the year and winter in the middle of the year. Australia holds the record for the most consecutive years without a recession, which last happened almost 30 years ago!

They boast a very stable and competitive economy, recording growth averaging 3.3% per year since 1992. This sustained growth places Australia in the top ranks of developed countries in the world.

With the Australian dollar considered somewhat of a ‘safe haven’ currency, it usually trades well against other currencies in the region and even against the likes of the US dollar and Euro.

Primary through to secondary school is free or heavily subsidized for any Australian resident or citizen, giving families access to a wide range of schools across the country.

Australia is renowned for its universities, with hundreds of thousands of international students studying at faculties throughout the country at any given time.

Residents also enjoy a subsidized fee for most major universities if entry requirements are met. Household university names such as Monash University, Melbourne University, Victoria University, RMIT,LAtrobe, Deakin, ANU and more give prospective university students plenty of options regardless of the state they reside in. Skills in strong demand in Australia tend to be in particular for computer technicians, programmers, IT specialists, nurses, medical practitioners, engineers of various shades, finance executives such as accountants and most especially tradesmen (of every description).

These same occupations are also in demand for migration purposes, however the list above is not exhaustive – if you have an occupation on our skilled occupation list, you may also qualify to migrate and we strongly encourage you to get in touch with us.

Australia practices a fair and high minimum wage (one of the highest in the world) as well as equal opportunities – for example you can’t ask about a person’s age or family structure during an interview.